The water supply project in Sarawak, which was announced back in May 2021, is underway.

The project is aimed to improve the poor water supply condition of the indigenous community living in the neighboring area of the Sabal national park.  In the first two months of the project (June and July), some of the basic construction have been undertaken, such as the setting up of the base camp and construction of a dyke at a key area of the stream.

The entire project is expected to run for three years.  While the first year of the project focuses mainly on the water supply, there will be additional programs in the second and third years, including the reforestation near the water source and seminars to raise awareness in the community about the use of water. 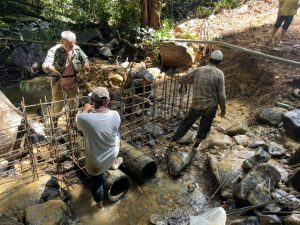 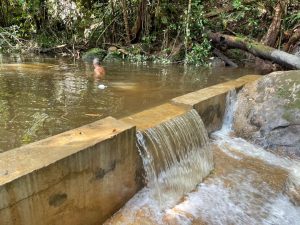 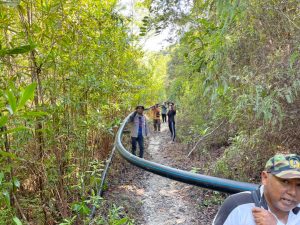 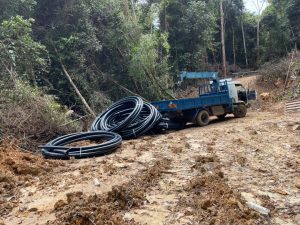